…is not only a popular beverage today, but was probably already so in prehistoric times. The first evidence of beer brewing points to the late Paleolithic Natufian period, as suggested by the remains of germinated barley from the Raqefet Cave in Israel (about 13,700 - 11,700 years ago). However, it is not only the potential age of beer that is interesting here, but also its significance for the further development of prehistoric and early historic cultures.

If beer is really that old, then it was brewed long before the first ceramic vessels were created. Nevertheless, the barley juice plays a decisive role in the consideration of why ceramic vessels were started to being made in the first place. It is possible that beer helped in initiating this in the Middle East. This is because ceramic vessels make it much easier to control the complex brewing process, especially the temperatures at the fire during malting. Vessels made of organic materials or stone seem conceivably unsuitable here. In addition, larger quantities can be produced more easily with ceramic vessels. This is propably one reason why neolithic societies start producing ceramics in the area of the Fertile Crescent in the 7th millennium BC.

In addition to pottery, the domestication of grain is also essential to the development of the art of brewing. One theory is that the creation of the great temple complex of Göbekli Tepe in southeastern Anatolia provided the impetus for this, since the masses of people needed to build the monuments also had to be supplied. Thus, the hunter-gatherer societies slowly progressed to agriculture. The consumption of beer, whose ingredient grain could now also be cultivated, is speculated to have been part of the religious rituals.

Brewer's yeast dates back to the Stone Age
Recent research shows that not only grains, but also yeast was domesticated.DNA analysis revealed that brewer's yeast isolated from wild yeast over the last 10,000 years. The brewer's yeast genome can be traced to a combination of yeast strains that were used to produce European wine and Asian rice wine. These genome changes provided for the development of the variety of beer types and different brewing styles later on. Modern brewer's yeast thus stems from the tradition of ancient fermentation technology. Its distribution is similar to that of domesticated plants and animals since the Neolithic period.

The brewing process
First, the mash was produced with the ground raw material in large storage vessels. Then, by sieving into another open vessel, the wort was produced. This was then filled into amphorae and cooled so that fermentation could proceed. Many amphorae had small eyelets that were excellent for attaching a cover or for hanging. The finished product was then drunk from jugs or cups.
In Central Europe, especially for the Neolithic and Bronze Age era (4,500 - 700 BC), assemblages of ceramic forms are known that were used both for brewing beer and as drinking vessels. For example, jugs, cups, amphorae or large storage containers. 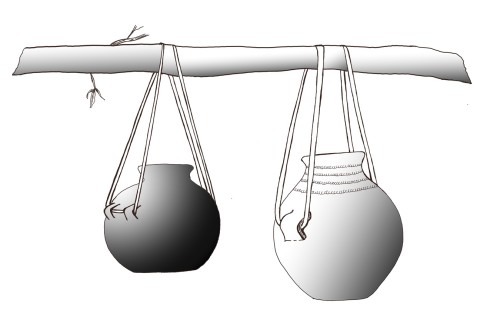 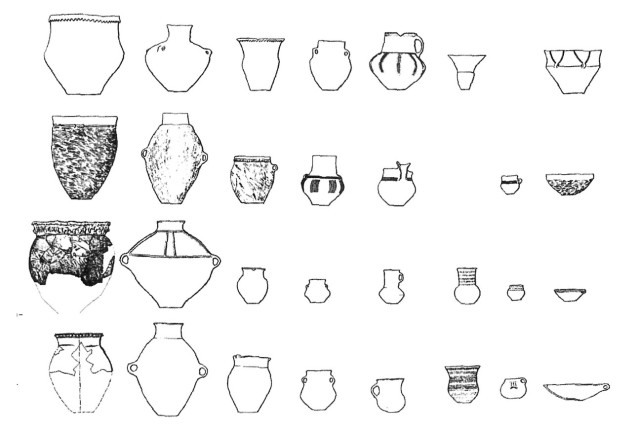 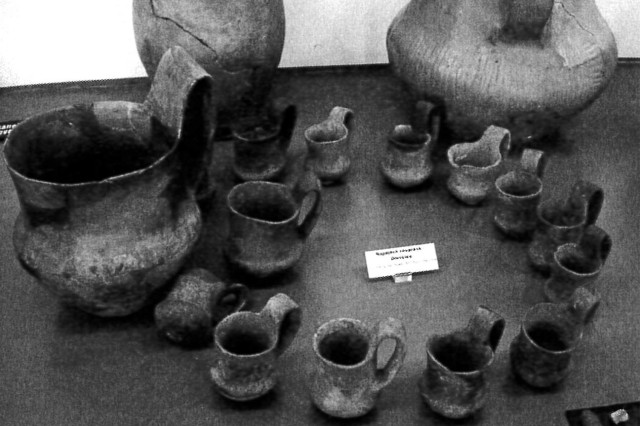 Since brewing naturally leads to larger quantities, which also did not keep for too long, it is obvious that beer was consumed very quickly in large gatherings. Whether in a religious or even profane context, drinking together then as now has a high potential for social communication and strengthens social bonds as well as collective identity.

In this way, beer became a tradition and a cultural asset, and still is to some extent today.