Gold for the margrave

On May 7, 1686, Christian Wilhelm Cronemann entered the place of execution in Kulmbach (Northern Bavaria, Germany). Just a few months ago, he was a respected figure at the court of Margrave Christian Ernst of Brandenburg-Bayreuth. He will not live to see the evening. The rope will be the last distinction he receives from the margrave.

As archaeologists, we not only spend a lot of time out in the field, but we also spend a lot of time in libraries, researching on the internet, or discussing with professional colleagues to find answers to questions that have come up during an ongoing excavation. During this research, we not only come across the answers to our questions, but we are always fishing new interesting stories from the sea of records. While researching the palace complexes and the settlement policy of Margrave Christian Ernst von Brandenburg-Bayreuth (1644-1712), we stumbled across the story of the court alchemist Christian Wilhelm Cronemann, which we do not want to withhold from you. This heavily abridged summary is based on the detailed and comprehensive article "Der Bayreuther Goldmacher Christian Wilhelm von Cronemann" by historian Katharina Beiergrößlein. 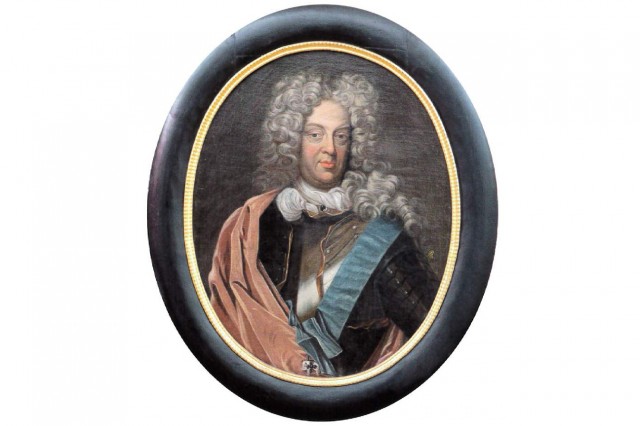 In the summer of 1677 Cronemann is in Forchheim and writes a letter to the Margrave, offering himself as an alchemist. However, the margravial chancellery apparently ignores this letter. In order to nevertheless come into the service of the financially desolate Christian Ernst, he gives the court preacher Caspar von Lilien a lump of gold. Of course, he claims to have produced it himself in an alchemical way. He also sends the margravine Sophie Louise a copy of his treatise "Von der Universal-Tinctur" ("On Universal Tincture") with the information that he will now go to Holland. The gifts apparently have the desired effect. The margrave has the traveler intercepted. In September 1677 he enters the service of the margrave. After a few months, Cronemann presents the successful conversion of mercury into gold in a demonstration for the court, in the presence of the margrave and his wife. For the time being, the margrave is enthusiastic about his alchemist and gradually appoints him chief president, privy councilor, general commander, chief burgrave, chamberlain, and director of the mint and mines.

The problem of the alchemist is logically that the transformation ("transmutation") does not work at all.1 His solution is as simple as successful: The transmutation can take place only with God's goodwill. If it does not work, then it is consequently God's will. The margrave's solution is impressively bureaucratic: In a gold production contract concluded with Cronemann, it is expressly stated that a part of each gold delivery is to be used for the financing of a preacher's post. God's blessing may rest on the project.

If the margrave becomes too impatient, the court preacher von Lilien calms him down. In return for his services, he receives gold or transmutation powder from Cronemann at irregular intervals so that he can produce gold himself.

One possibility of how this sleight of hand could have been performed is found in the trial records: A large piece of charcoal is hollowed out on the inside, a small lump of gold is filled into this cavity, and the opening is sealed with blackened beeswax. This piece of charcoal is then used to cover the crucible in which the transmutation takes place. When the crucible is now heated, the wax seal melts and the lump of gold falls into the alchemical mixture in the crucible. 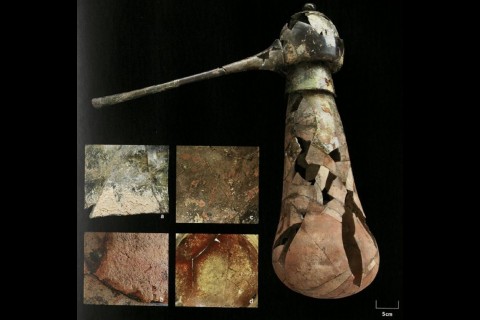 After almost 10 years, however, the margrave finally lost patience. In the meantime, Cronemann had already been imprisoned in order to better concentrate on his work as an alchemist. In the trial he is not sentenced because of the failed transformations, but because of two offenses, which were provable to him even without divine will.

If one wants to pull an ace out of the sleeve, one must put one into it before! To "produce" silver alchemically he had to get silver before. In addition he instigated his subordinates to steal silver objects which he melted down to pass them on afterwards as products of his alchemical workshop to the margrave.

The second crime was that he fled from margravial custody to hide in the Bamberg monastery of Marienweiher. On March 11, 1686, he was extradited to the Margraviate. He was then tried and sentenced to death. His advocate Sophie Louise lobbied for a pardon, but the messenger took a long time to travel from Bayreuth to Kulmbach at the behest of Christian Ernst. The execution had already taken place when he arrived.