Stories English
IN TERRA VERITAS
The following article deals with a topic that is certainly not the most pleasant for many readers: deceased infants. From an archaeological point of view, however, the results of an excavation of infant graves at the parish church of St. Martin in Eggolsheim (district of Forchheim, Upper Franconia, Bavaria) have brought interesting findings to light.

During the excavation works, the archaeological team of IN TERRA VERITAS has not only found parts of the walls of a previous building, but also found many burials of infants, dating from the period between the mid-11th century and 1634.

Unbaptized children went to limbo and thus not to the cemetery either
"It may seem strange today that children who died at an early age were not treated better than lepers when they were buried, but even in ancient times special rules applied to the death of infants (...). The age limit drawn for the special treatment of deceased children was determined by the first tooth. In Christian times, this physical characteristic was replaced by the act of baptism."1 Children who died before baptism could never attain paradise according to Christian Catholic beliefs. The souls of these infants, who were excluded from eternal life in heaven through no fault of their own, thus only entered the limbus puerorum, the so-called limbo. According to the Rationale divinorum officiorum of Bishop Durandus of Mende (deceased 1296), they therefore had to be buried outside the cemetery.

Eggolsheim citizens defied the church
However, this church instruction was not strictly adhered to everywhere. Sometimes separate areas north of the church were reserved for these burials or the infants were buried near the cemetery wall or on the border of the cemetery. Another frequently used variation was burial near the church walls below the eaves. The idea behind this was that the rainwater dripping from the church roof onto the graves - the eaves water - baptized the dead children afterwards, so to speak. This is why they are also called "eaves children" (german: Traufkinder = eaves buried children). In the specific case of the parish church of St. Martin in Eggolsheim, the excavation revealed a zone located immediately in front of the former choir in the east of the church and thus close to the altar. In several small and intersecting pits dozens of infants and very small children had been buried. In these, however, there were no grave goods such as funeral crowns, rosaries or crosses. Rather, it seems as if these infants were buried without great effort in a prominent place, but without coffins or grave goods.

For many, this regulation may seem questionable from today's perspective. For this very reason, an interesting fact should be mentioned here: For the German dioceses, it was not until 1972 that it was permitted to regularly bury unbaptized deceased children in the cemetery. 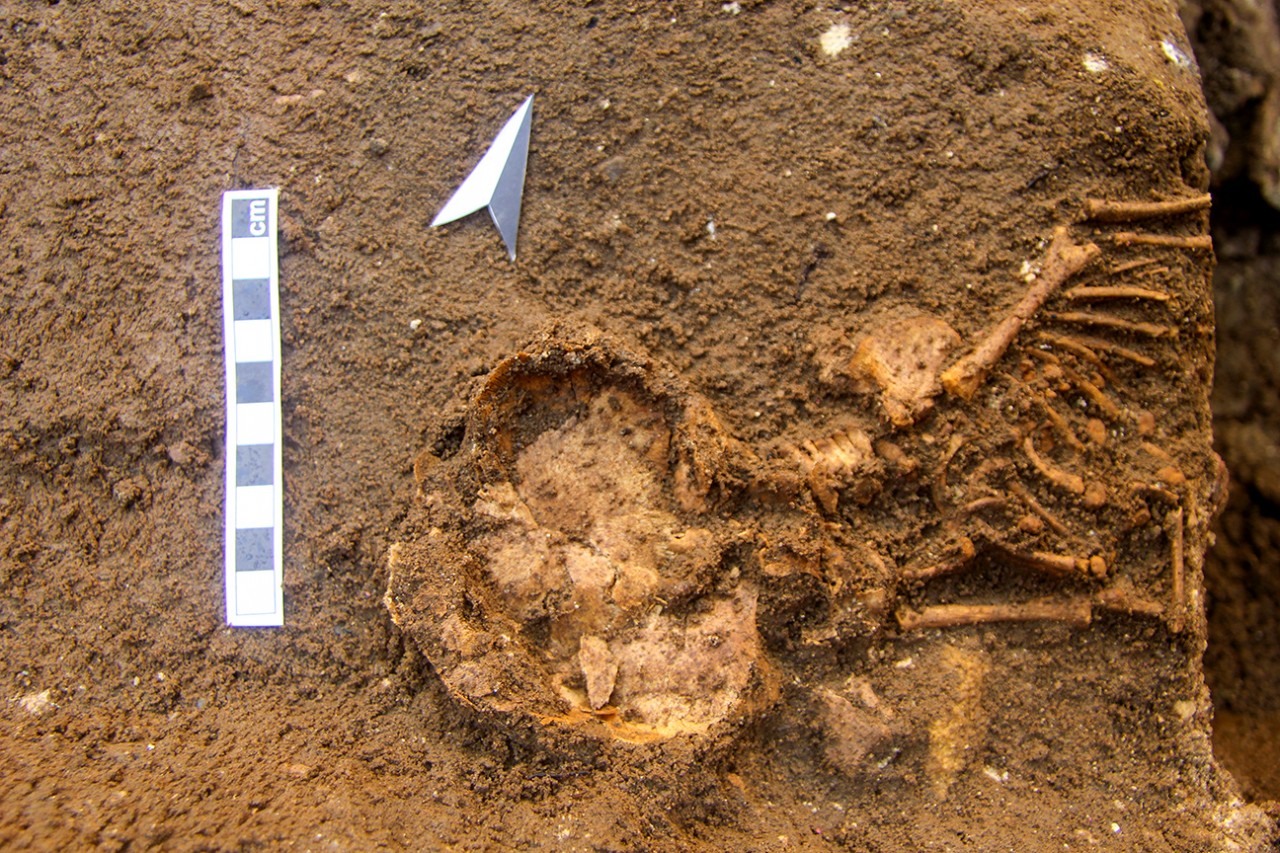 These bones are of a premature infant who died at approximately 30-34 weeks of age. 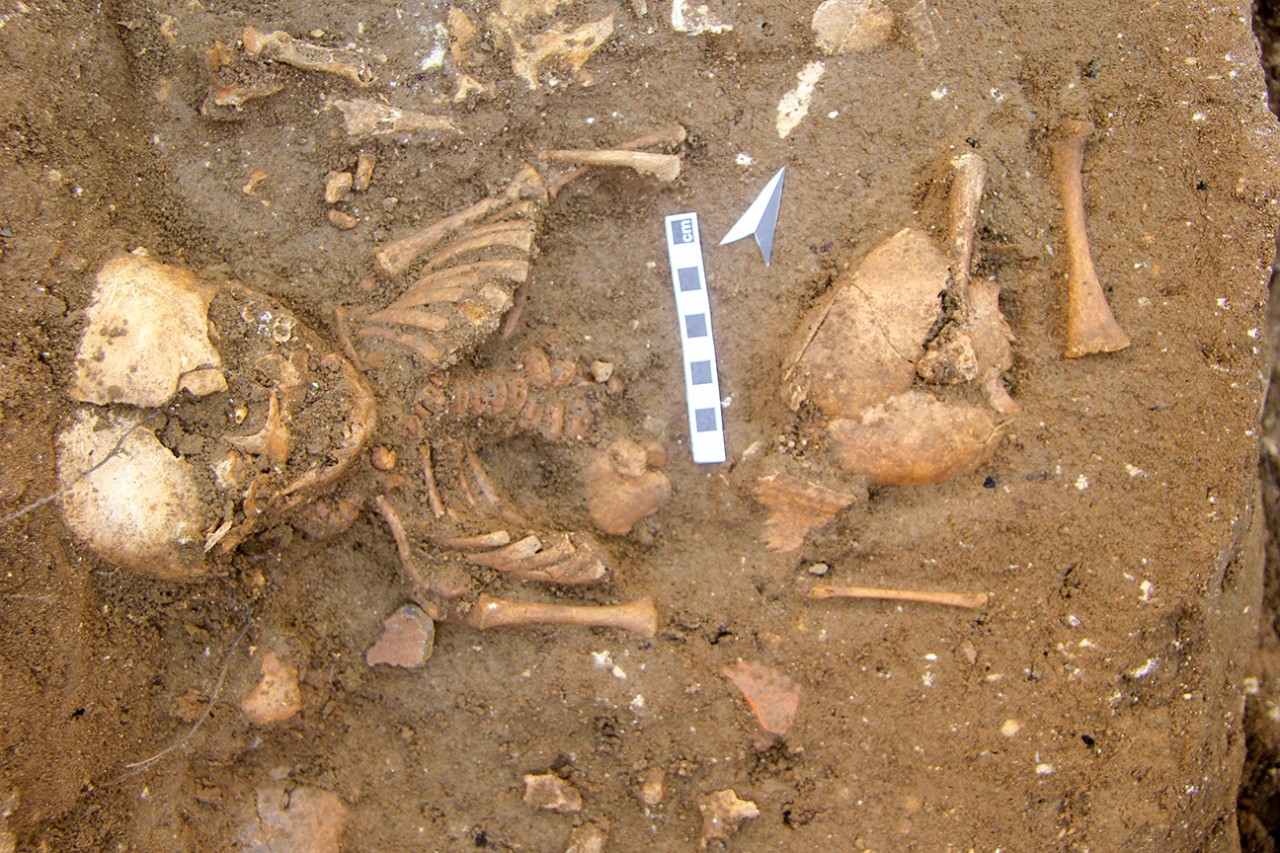 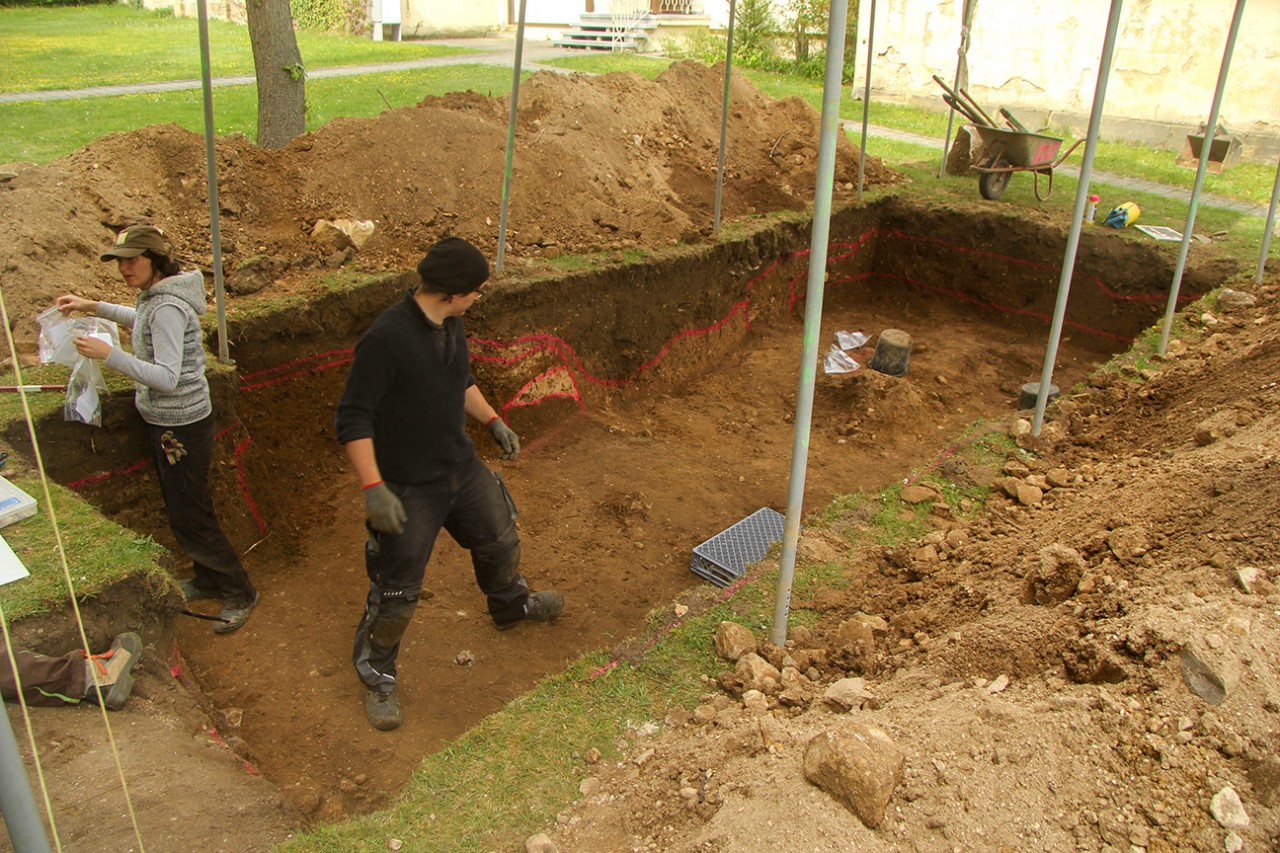