Stories English
IN TERRA VERITAS
The assumption that men hunted in the forests while women gathered food and cared for children is deeply rooted in our conception of prehistoric hunter-gatherer societies. But does the empirical evidence really support this version of gender-differentiated work, or is it a fiction of our modern society?
Besides archaeological findings, anthropology also offers a possibility to answer this question. Namely, through the study of prehistoric bone finds and skeletal remains that have been preserved over thousands and tens of thousands of years. The human skeleton is like a living organism that evolves, changes, and adapts throughout life. One branch of research in anthropology studies various changes and features and tries to read from them the various activities during life. Two of these features are osteoarthritis and changes in the periosteum (bone skin), also known as enthesopathies.
Osteoarthritis
The constant strain on certain muscles and joints leaves its mark on the skeleton. Depending on how much a certain bone is stressed and where it is located, osteoarthritis can be traced back to a certain activity. Now assuming women who gather and men who hunt, there should also be different traces of activity in their skeletons. Researchers found that people of hunter-gatherer societies have a high tendency to osteoarthritis and joint wear in the right upper arm, indicating the use of bows and arrows. This was found in both men and women, and no difference between the sexes was detected.

Enthesopathies
Enthesopathic changes can be observed in areas where muscles attach to the skeleton. The larger the muscles and the more frequently certain muscles are used or overused, the more pronounced the changes to the periosteum are.

In prehistoric populations changes of the periosteum at the right humerus have been identified to possibly relate to spear throwing, which requires a great deal of force. In this regard, some relevant differences between the sexes have been identified, where greater changes were found in males than females. This result could support the assumption that spear throwing was mainly a male activity. However, as the changes are relative to body and muscle size, and the research about enthesopathies still is ongoing, the implications of this result is still inconclusive. And even though it would be proven that men in general were more inclined to hunt with spears, that does not exclude the possibility that women nonetheless were hunters, although perhaps not necessarily with spears.

Exposure to violence
If women in early prehistory were more likely to spend their lives with children and close to camp, it could be assumed that they were also exposed to less violence than men. While not all wounds leave traces on the skeleton, anthropological evidence suggests that there is no significant difference between exposure to violence in early prehistoric women and men. Differences between groups have been demonstrated, but just not a general trend for all populations.

According to anthropological findings, there is not much evidence of a gender-differentiated distribution of roles among Stone Age hunter-gatherers. Both archaeology and anthropology are searching for more answers, and new discoveries about our prehistoric ancestors are coming to light every day. The role of women needs to be further explored and common theories challenged. But it is already clear that outdated images and ideas are no longer tenable and that the role of women in the Stone Age was probably quite different than previously thought. 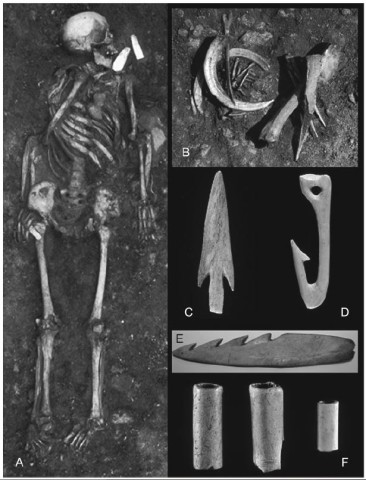