In search of the taste of the Middle Ages - Part 3
Recipes from back then cooked at home today. What to consider?

Anyone who enters the terms "Middle Ages" and "cooking" in the search masks of the relevant online book portals will find plenty. The selection is large: books with historical recipes for today's cuisine, witch cookbooks, feasting like the knights, Hildegard cuisine, cooking in cauldrons, and cuisine in the Shire in Middle-earth.

But the cuisine of Middle Earth has as little to do with historical cuisine as that of Hildegard. This is a fiction of the 1970s. Hildegard von Bingen was a polymath and an extraordinary woman of her time, but she was no cook!
Potatoes, tomatoes, peppers, soy, corn and cocoa were still unknown in medieval Europe. If they are listed as an ingredient in a recipe, then it either does not date back to the Middle Ages or it has been modernized beyond measure.
But almonds, rice, pomegranate, lemons, grapes, figs and dates are common ingredients, also stockfish, grains of paradise, long pepper, cinnamon or ginger.

Since medieval cookbook manuscripts did not specify quantities or times, "translations" of medieval recipes into modern cooking instructions help. Nevertheless, some preparation methods or combinations of ingredients will seem strange today, such as frying a hard-boiled egg in a pan or scrambling eggs with gingerbread. It resembles recipes from foreign lands, but it is the recreation of another time with the means of today. It just takes a little courage to get involved. Have fun cooking and "Bon Appetit!"
Recipe: „Von jungem weißem Kraut" (Of young white cabbage)"1 with meat or vegetarian

Variation with meat
Cut the white cabbage into 4 pieces, remove the thick stalk and cut the quarters into strips. Boil the cabbage in water until firm to the bite and then drain.

Cook the meat. Then add the cabbage to the meat in the meat broth and continue cooking together.

Hard boil the eggs and peel them. Fry the whole eggs in fat.

Add the fried eggs and cheese to the broth with the meat and cabbage and simmer until the cheese is melted. Do not forget to stir.

Finally, add the butter and let it melt.

Variation without meat (vegetarian)
Cut the white cabbage into 4 parts, remove the thick stalk and cut the quarters into strips. Boil the cabbage in water.

Hard boil the eggs and peel them. Fry the whole eggs in fat.

Finally, place eggs and cheese on top of cabbage.

*) No spices are mentioned in the original recipe, but this does not mean that none were added to this meal. Using salt was a matter of course in all social classes in the Middle Ages. However, the myth that salt was as expensive as gold in the Middle Ages persists.2 That this was not the case can also be read here.
By our guest author Claudia Zimmermann 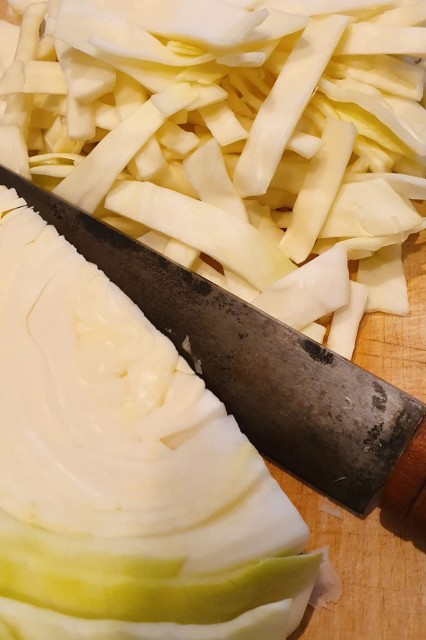 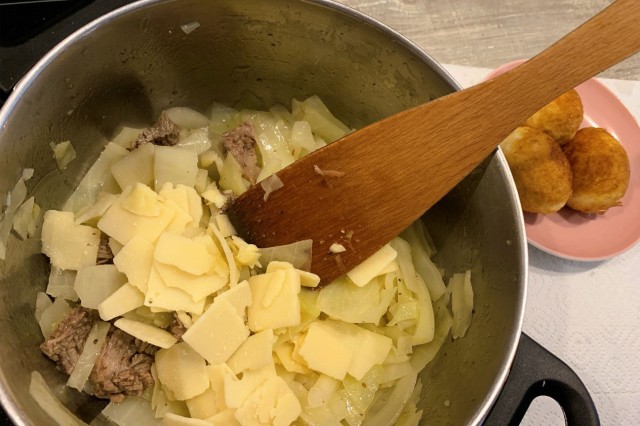 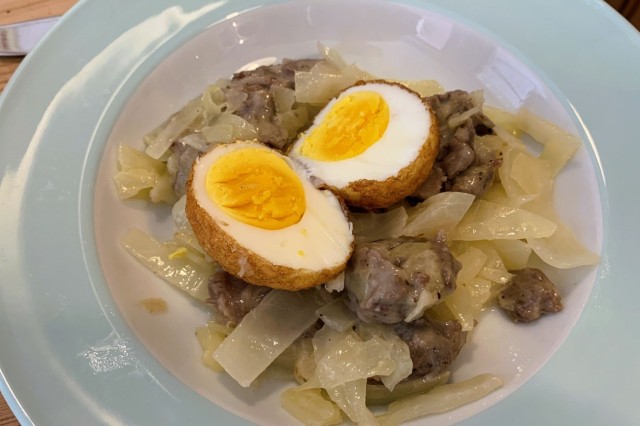 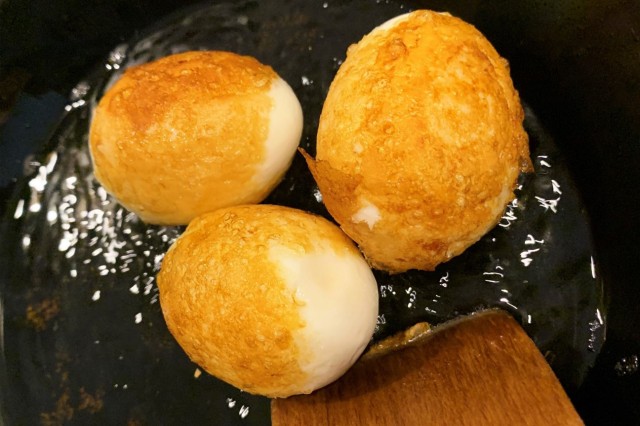 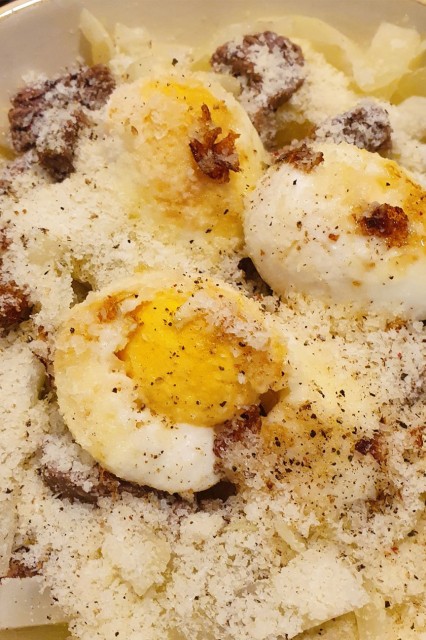