In the soil of Upper Franconia at the Ochsenkopf mountain – the second highest mountain of the Fichtelgebirge – there is a strip of the rare rock proterobas, about 7km long and only 20m wide, which exists only in this one place in the whole of Central Europe. Proterobas is a fine-grained subvolcanic material that can be melted like glass and has been processed into buttons and beads. The raw material from the narrow strip between the villages Bischofsgrün and Fichtelberg has been mined since at least the 15th century.

During an archaeological excavation in several campaigns between 2004 and 2006, an oven to cool down was uncovered. It was used for the production of such buttons, as suggested by the nearly 100,000 glass buttons found on site. The site consisted of a rectangular foundation made of large basalt boulders, on which was built a beehive-shaped stove made of smaller stones. In the center there was a heating chamber, which was heated to about 800°C with wood from the surrounding forest. The products were cooled down slowly after their production in the much hotter melting furnace to prevent cracking due to the thermal shock after melting.
The melting furnaces themselves functioned in a similar way, but with much higher temperatures, up to 1200°C. The proterobas chunks were melted in it in a refractory vessel. Workers then pinned prepared wire loops to iron rods and dipped them into the molten mass. A twisting motion was used to twist the molten material adhering to the eyelets into a hemispherical shape. No other processing of the material was possible. Although proterobas is relatively easy to melt, it cannot be blown like hot glass mass to form hollow vessels. 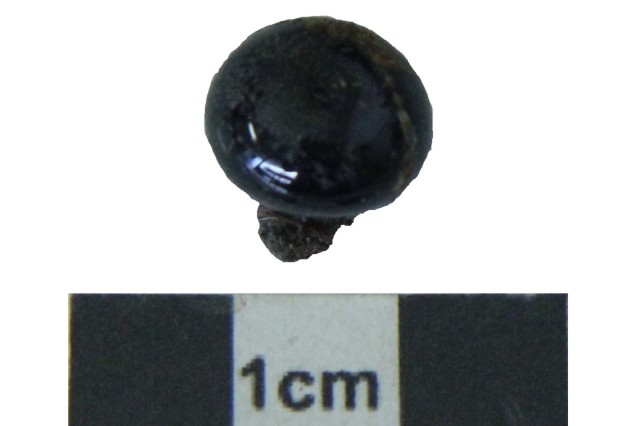 Well-preserved proterobas button from the 17th century, found by IN TERRA VERITAS during an excavation in Schwabach, Middle Franconia, Bavaria, Germany 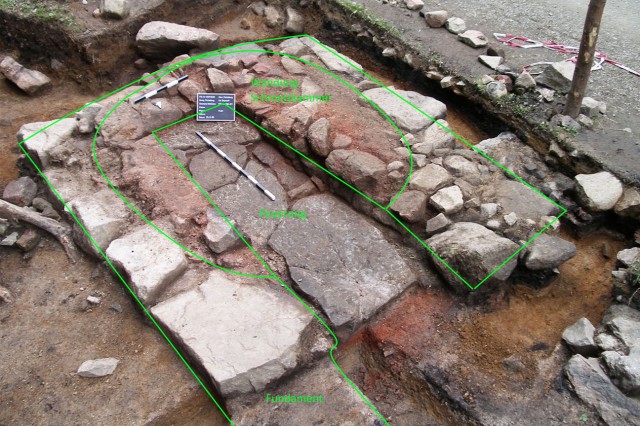 Foundation of a smelting furnace from near Fichtelberg, Upper Franconia, Bavaria, Germany (Source: Heidenreich 2006)
The exact beginning of the button production on site is still unknown. Possibly it already started with the increased use as beads for rosaries from the 12th/13th century. The first mention of a smeltery for button production is found in 1450. It is not until the 16th century that numerous entries of button manufacturers in the area around the Ochsenkopf follow. In addition to buttons, entire necklaces were now made from glass beads. The products were sold all over the world via the well-known local trading centers of Nuremberg, Leipzig, Frankfurt and Hamburg. Buttons made of proterobas are also found in early modern graves in Vienna and Moscow. They even reached the Caribbean and the former English colonies in Virginia and Maryland via the ports of Amsterdam and Hamburg. The buttons were not only popular with the colonists there, but were also used as trade goods with the local native tribes, who used them themselves as jewelry or costume components.
The buttons were still being made in the 20th century, before this ancient tradition was finally displaced by cheaper and more durable products from the industry. 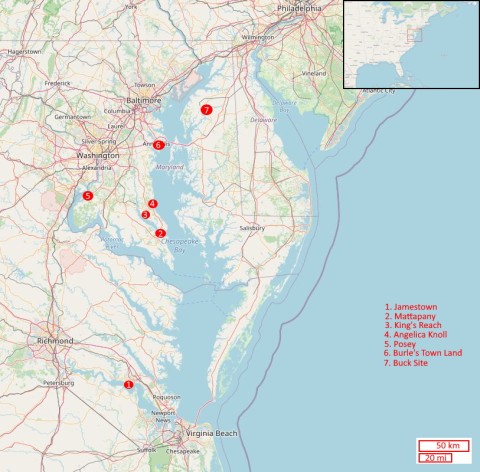